...my work. I often have plans for some day to write code, but the time runs out. Funny thing is that I have only 6 hours of work a day (I must have mentioned this earlier). Then again, I have other obligations that take time. It feels like I never have enough time for myself. Big reason is my situation with other people. And a dog, that monkey needs my time, too.

Maybe I don't plan my days as good as I should. There must be an hour or two just for programming, yet I failed again today to clear that time for development. I guess it has something to do with concentration as well, because I'm easily distracted by other things.
Posted by Krice at 15:13 2 comments:

I'm working on one of new level themes in Teemu. It's a maze type with 2x2 corridors. This is an example of current generation: 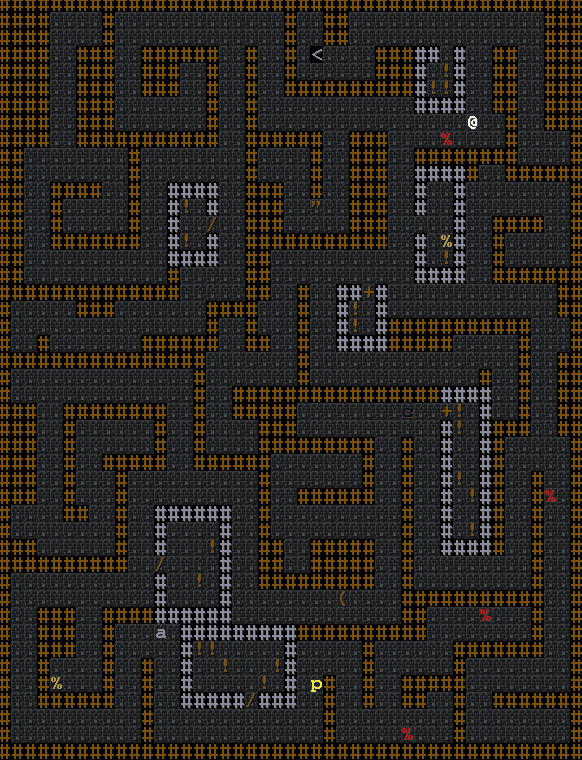 It's decent, but still needs some work. The way diggers work can be fine tuned to produce different types of mazes. There is some kind of bug which sometimes makes diggers stop before they can carve the entire level. In that case room creation process is filling empty wall spaces. This happens: 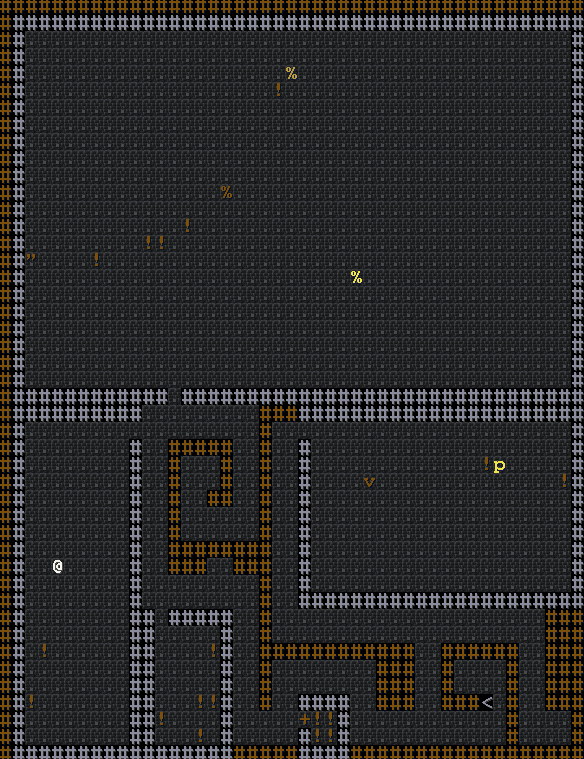 The level works, but those rooms are quite large and the actual maze is pretty weak. I think the problem is in how long diggers walk in one direction before changing the direction and cloning itself. There should be more copies. Also rooms could be restricted to a smaller size. Maybe also fix that double wall room creation.