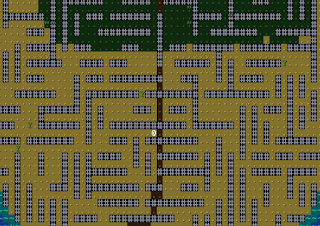 The plan for now is go through each level theme and add whatever they require. I think it's a good plan. Testing for level scale (now that levels can have different sizes) has been fun, when you see how the generation routine fails to work in both too small or large levels. Teemu is also a nice project in a way that there is almost certainly something you can add to level themes to make them just a bit more interesting.
Posted by Krice at 05:27