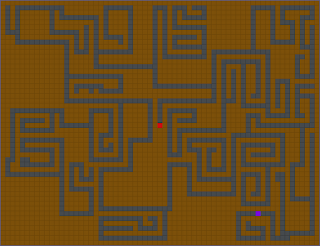 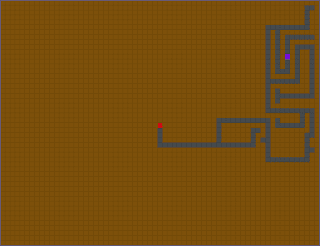 Nice thing about this type of generation is that you can use it in a level that already has other features, like rooms and regular corridors.
Posted by Krice at 04:02

An easy trick is to check the level after generation to see if it comes close to all 4 walls. If it doesn't then toss it away and make a new one.

I've tinkered with this sort of thing before, but my best maps always came from a grid based density check.