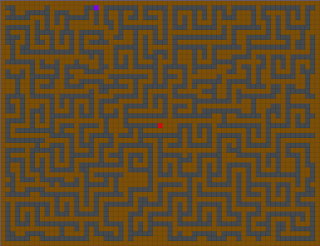 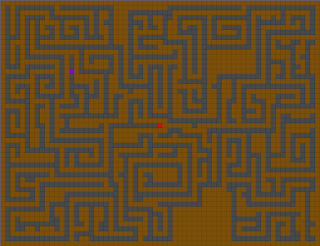 Or it could be possible to extend some of the dead ends to rooms, or even search for those empty spaces and turn them into rooms.
Posted by Krice at 01:32

When your diggers die they can explode into a room of appropriate (or random) height and width. Don't worry about the rooms fitting. Let them overlap several tunnels.

I tried that with mine but it was unnecessary after I allowed my diggers to dig adjacent to empty space and then killed them off if they were not adjacent to any walls (starvation).