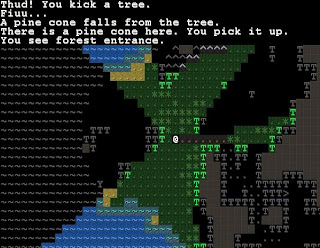 There will be some more GUI adjusting, but then that part is ready and I have to concentrate on the gameplay itself.
Posted by Krice at 06:12

Ah, did you bash your head into the problem only to realize the solution was simple?

Yes. However I don't mind how simple or complex the solution is, this just happened to have a simpler solution than I thought. My next blog post will cover more of this topic.